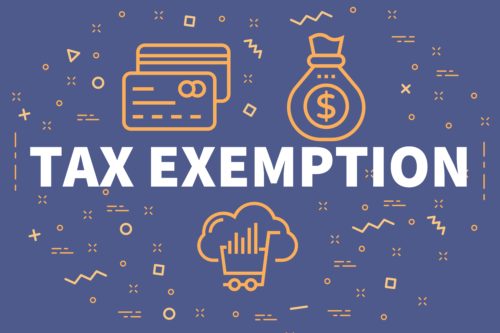 When you think about what forms are required and approved by the IRS to achieve 501c3 tax-exempt status, that 1023 form may be the only form that comes to mind. However, what may not be immediately clear is that there are actually two 1023 forms: the 1023 standard form, and the 1023-EZ.

If that doesn’t already seal the deal, then the fact that the 1023-EZ application is generally approved faster than the standard 1023 form definitely will. How can you possibly go wrong with the price, shortness of the form, and expedited process of being approved? Based on that information alone, it is clear to see why the 1023-EZ is the one towards which people tend to gravitate.

That does not mean that every single nonprofit organization should automatically fill a 1023-EZ out. In fact, there are rules that exist that prevent certain organizations from doing just that. That may be disappointing, but it is best to know why a 1023-EZ is not the best option, and why the 1023 form is important and necessary for your nonprofit.

The biggest examples of organizations that cannot file a 1023-EZ form are churches and schools. There are a lot of details and higher numbers that go into churches and schools, which requires a more in-depth form with equally in-depth questions. The 1023-EZ can only provide so much in its abridged and condensed state, which makes it an impossible candidate for such organizations.

What Information Can’t Be Answered On A 1023-EZ?

In the standard 1023 form, all of this information is covered. The standard 1023 also allows attachments to the form, so you can make sure every single detail is listed and expanded upon. There are no such attachments for the 1023-EZ application, so you are very limited to what you can and cannot divulge on your organization. The goal is to let the IRS know everything that is going on within your organization, making the 1023 EZ a bad option for large organizations.

Some examples of organizations that can complete a 1023-EZ application are animal rescues, youth sports leagues, youth mentorship programs, and community betterment projects. At the end of the day, either of the forms will bring 501c3 approval for your nonprofit, as long as you know the correct one to use.

It is best to be realistic when taking the 1023-EZ and 1023 form into consideration. It is understandable to want to save money and not bother with the complexities that a 1023 standard form presents, but if your organization is large and has many details that cannot be overlooked or shortened, you must go with the 1023 standard form.

Setbacks are frustrating, especially when you are desperately trying to get a nonprofit started, but doing things right from the start can make all the difference later on down the road. This can be accomplished by not only choosing the right 1023 form, but by following these steps:

When you are fully and informed on those topics, only then will you be ready to choose the correct form and start down the path of 501c3 approval. To learn more about the standard 1023 form, the 1023-EZ, and why the 1023-EZ might not be the best fit for your organization, please contact our nonprofit professionals at BryteBridge Nonprofit Solutions at 877-857-9002 or info@brytebridge.com.